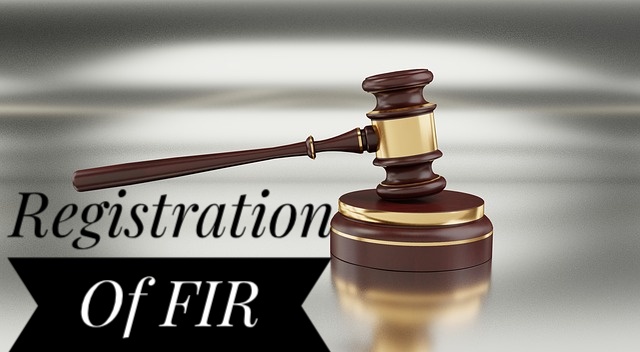 What is an FIR?
First Information Report (FIR) may be a document prepared by the police once they
receive information about the commission of a cognizable offence. It is a report of
information that reaches the police first in point of your time which is why it's called the
First Information Report.
It is generally a complaint lodged with the police by the victim of a cognizable offence or
by someone on his/her behalf. Anyone can report the commission of a cognizable offence
either orally or in writing to the police. Even a telephonic message are often treated as an
FIR.
It is a requirement of police to register FIR with none delay or excuses. Non-registration of FIR
is an offence and may be a ground for disciplinary action against the concerned police
officer.
Cognizable Offence:
A cognizable offence is one during which the police may arrest an individual without warrant.
They are authorized to start out investigation into a cognizable case on their own and don't
require any orders from the court to try to to so.
Non-cognizable Offence:
A non-cognizable offence is an offence during which a policeman has no authority to arrest
without warrant. The police cannot investigate such an offence without the court’s
permission.

Why is FIR important?
An FIR may be a vital document because it sets the method of criminal justice in motion.
It is only after the FIR is registered within the police headquarters that the police start investigation
of the case.
According to Articles 21, 22, 23, 25, 49, 50 of Qanoon-e-Shahadat Order 1984, FIR is a
relevant fact.

Who can lodge an FIR?
Anyone who knows about the commission of a cognizable offence can file an FIR. It is
not necessary that only the victim of the crime should file an FIR. A police officer that
comes to realize a cognizable offence can file an FIR himself/herself. You can file
an FIR if:
1 you're the person against whom the offence has been committed.
2 you recognize yourself about an offence, which has been committed.
3 You have seen the offence being committed.
The police might not investigate a complaint albeit you file an FIR, when:1. The case is not serious in nature;
2. The police feel that there's not enough ground to investigate;
3. The police resources are already over-committed in investigating more serious
offences.
However, the police must record the explanations for not conducting an investigation and in
the latter case must inform you (Section 157 of the Code of Criminal Procedure, 1898).

What is the procedure of filling an FIR?

The procedure of filing an FIR is prescribed in Section 154 of the Code of Criminal
Procedure, 1898. It is as follows:
1 When information about the commission of a cognizable offence is given orally,
the police must write it down.
2 it's your right as an individual giving information or making a complaint to demand
that the knowledge recorded by the police is read over to you.
3 Once the police have recorded the knowledge within the FIR Register, the person
giving the information must sign it.
4 you ought to sign the report only after verifying that the knowledge recorded by
the police is as per the small print given by you.
5 people that cannot read or write must put their left thumb impression on the
document after being satisfied that it's an accurate record.
6 Always invite a replica of the FIR, if the police don't provides it to you.
7 it's your right to urge a replica of FIR freed from cost.

What should you mention in the FIR?

1 Your name and address;
2 Date, Time and site of the incident you're reporting;
3 truth facts of the incident as they occurred, including the utilization of weapons, if
any;
4 Names and outline of the persons involved within the incident;
5 Names and addresses of witnesses, if any.
(Format employed by the police for the registration of FIR is attached).

Things you should NOT do:

1 Never file a false complaint or give wrong information to the police. You can be
prosecuted under law for giving wrong information or for misleading the police
(Section 182 of the Pakistan Penal Code, 1860).
2 Never exaggerate or distort facts.
3 Never make vague or unclear statements.
4 One who refuses to sign his statement of FIR are often prosecuted under section 180
of Pakistan Penal Code, 1860.
5 One who lodges a false charge of offence made with intent to injure an individual can
be prosecuted under section 211 of Pakistan Penal Code, 1860.VII. What are you able to do if your FIR isn't registered?
1 you'll meet the District policeman (DPO) or Capital City policeman
(CCPO) or other higher officers like Deputy military officer (DIG) of police
and Provincial policeman (PPO) and convey your complaint to their notice.
2 you'll send your complaint in writing and by post to the DPO, CCPO, DIG or
PPO concerned. If the DPO, CCPO, DIG or PPO is satisfied together with your complaint,
he shall order the registration of FIR.
3 you'll file a complaint to the District Public Safety and Police Complaints
Authority in your district.
4 you'll file a personal complaint before the court having jurisdiction.

Disputes as to Jurisdiction of Police Station

As soon because the police receive the primary information about the commission of an offence, it
is its responsibility to right away act and investigate the case. In some cases, however,
there may emerge a dispute between two the police stations about their territorial
jurisdiction about the spot where the reported offence occurred. In such a situation, the
police are required to follow the following procedure:

If there's any confusion about the jurisdiction of the police headquarters and if all of
the SHOs contends that the territory under dispute doesn't fall in his area of jurisdiction,
it is the responsibility of every SHO to remain on the spot and keep it up investigating into the
case. The case record in such a case shall remain with the SHO who reaches the spot
earlier until the question of jurisdiction has been decided (25-5 of the Police Rules,
1934).
2. When one among the 2 cops is relieved after the determination of area of
jurisdiction by senior cops , the relieved officer shall record a report of all that
he has wiped out a case diary and sign it, giving the date and hour of his relief. Such case
diary shall be handed over to the opposite policeman , who shall certify thereon that he
acknowledges the case to possess occurred within his station limits or to be one which he's
empowered to research , because the case could also be (25-6 of the Police Rules, 1934).
3. When a case is transferred from one police headquarters to a different , after determination of
area of jurisdiction, the offence registered within the original police headquarters shall be cancelled
by the Superintendent of Police and an FIR shall be submitted within the police headquarters within the
jurisdiction of which the case occurred (25-7 of the Police Rules, 1934).