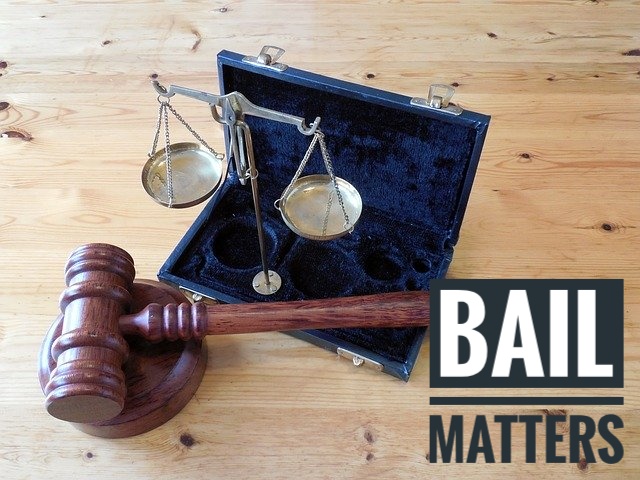 Pre arrest Bail, more commonly referred to as anticipatory bail since it's a legal relief in anticipation of a possible arrest. If a person apprehends that there's a move to urge him arrested on false or concoct charges, or thanks to enmity with someone, or he fears that a false case is likely to be built up against him, or becomes aware of such case being lodged against him/her, he/she has the right to move the court of Sessions, the High Court or another court of competent jurisdiction under Code of Criminal Procedure for grant of bail before arrest. If you're trying to find immediate Legal relief in your case, Aboori (Anticipatory bail) could also be your first legal weapon during a court of Law. We help both Pre arrest Bail Filing, Grant and opposition for our valued clients altogether courts in Pakistan and have a diary of fantastic results.

CONDITIONS FOR GRANT OF PRE-ARREST BAIL:

The main conditions to be satisfied before exercise of jurisdiction in pre-arrest bail under are as under;

Apprehension of Imminent Arrest.
Arrest being for ulterior motives like humiliation and unjustified harassment.
Irreparable Injury to Reputation & Liberty
Otherwise a Fit Case for Bail Before Arrest
Physicaly Surrender before the Court
Petition before Session Court
Motivation of police on police on political consideration
Hence if we sum up the most conditions before grant of pre-arrest bail those are:
Genuine proved apprehension of imminent arrest.
Petitioner should physically surrender to the court.
Apprehension of harassment and under irreparable humiliation by unjustified arrest.
It should be otherwise fit case on merits.
WHO MAY BE RELEASED ON BAIL:
The court may direct the subsequent persons could also be released on bail:

CASES WHERE BAIL BEFORE ARREST NOT GRANTED:

Bail before arrest can't be granted within the following cases:
If accused is habitual offender.
If accused is previously convicted.
If there's likelihood of abscondence of the accused.
If there is reasonable apprehension of accused being tempering the prosecution evidence.

Post Arrest Bail U/S 497 Of Cr.PC
Almost everyone once in his/her life encounter the word bail, either post arrest bail or pre-arrest bail. But what is bail? What is the meaning of bail? A layman usually asks this question. In literal sense bail means to Bail means to assist out of a financial or another difficulty.

In law bail definition is somewhat different. When a person who has been accused of a crime arrested by the police. He/she through his attorney applies in court to acquire the discharge from legal custody. Meanwhile gives undertaking that he/she shall appear at the time and place designated and submit himself to the jurisdiction and judgment of the court.

The court let loose that person arrested or imprisoned, on security being taken for his appearance to seem on a particular time, day, and place.

Court receives the bail money which also known as bail bond and place him/her into the hands of those who bind themselves to bring that accuse in court on required day.