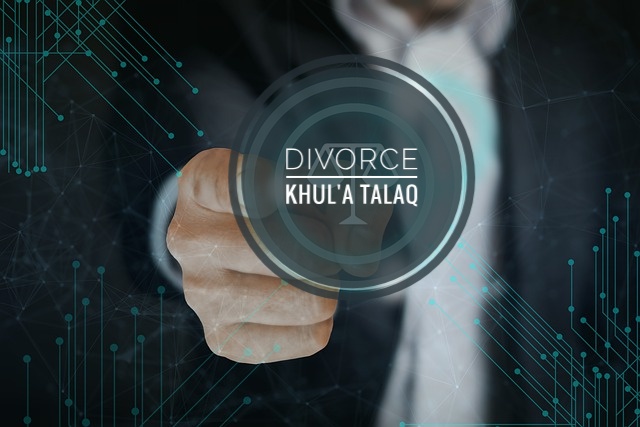 Dissolutions of Marriage are often done by way of Divorce or Khula General Information, A Muslim Marriage may be a contract and may be dissolved like all other contract. It is automatically dissolved on the death of one of the spouses. Other than this, both wife and husband have legal and non secular rights to dissolve a wedding . A husband has the unilateral right of Divorce, which may never be removed but are often restricted through the nikahnama. A wife can dissolve her marriage unilaterally as long as the right of divorce has been unconditionally delegated to her by the husband within the nikahnama. Parties need Divorce lawyer to prepare the papers.

Other sorts of dissolution of marriage which the wife can use are khula and judicial divorce (including option of puberty). These both need to be sought through the Family Courts. Usualy a Divorce lawyer file the case on behalf of wife.

No matter whether the wedding has been dissolved through Divorce, khula or judicial divorce, it's vital that legal procedures be properly followed. Failure to try to do so can raise doubts about the effectiveness of the divorce and cause serious legal problems, like a case of bigamy and zina against a woman who later remarries, or difficulties in settling issues associated with the divorce like past maintenance or claiming deferred haq mehr. The paternity of children can also be disputed.

In addition to any court decree, the lady must confirm she collects her divorce certificate from the Union Council and keep it somewhere safe.

As per Muslim Personal Law and under section 7 of the Muslim Family Law Ordinance the husband pronounces Divorce (oral or by way of Deed of Divorce) and sends written notice of divorce by registered mail to the Union Council, mentioning address of his ex- wife. Thereafter the concerned union Council sends a copy of the notice of divorce to wife by registered post and it constitutes arbitration Council within 30 days of receipt of notice. Once the iddat period (90 days from the date the union council receives the Divorce notice) is over, the union council will issue a certificate of Divorce being effective to the husband and wife.Usually Divorce lawyer complete this process on behalf of parties.

Please note that divorce isn't effective until the expiry of iddat period and failure to abide by law wil cause an easy imprisonment for up to at least one year and/or a fine of up to Rs. 5000/-

The Importance Of Registered Notice of Divorce;

A verbal Divorce isn't recognised by law and therefore the husband’s failure to send written notice to the Union Council makes the Divorce ineffective. Even if the Union Council issues a certificate of divorce, if notice wasn't properly served on the wife, the talaq are often challenged.

This law was originally designed to guard women from a instant and unrecorded divorce. Before 1979 and therefore the introduction of the Zina Ordinance, a lady who wasn't properly divorced and who later remarried might be punished for bigamy and sentenced up to 7 years (or up to 10 years if she concealed the previous marriage) and only on the complaint of her first husband. However, since 1979, bigamy makes a lady susceptible to charges of zina which may carry very severe penalty like death. Therefore, it's vital for a lady to be absolutely clear about her legal status and to possess documentary proof that she is correctly divorced.

Notice of divorce are often served on a wife (with the Union Council’s permission) through her father, mother, adult brother or sister – but no other relatives. If this is often impossible because her whereabouts aren't known and see can't be served on her through her immediate family, the husband can still serve notice through a newspaper approved by the Union Council.

Sometimes families make the error of refusing to receive a registered notification, fearing that it's notice of divorce. This is dangerous because notice can then be served through a newspaper and therefore the divorce are going to be effective, but the lady are going to be unaware of her status.

In both of those sorts of divorce, there's no got to approach the courts, meaning that the wedding are often dissolved rapidly, cheaply and with few procedural problems. In this case both husband and wife may sign a Mutual Divorce Deed and send a written notice under section 8 of the Muslim Family Law Ordinance to the concerned union council. The Union council will adopt an equivalent procedure as of ordinary notice of divorce.

On the opposite hand if wife is delegated the power of Divorce in her nikahnama (clause 18), then she is entitled under the law to adopt an equivalent procedure of divorce for a husband as mentioned hereinabove. Divorce lawyer may be consulted.

The situation during which the wife initiates divorce proceedings is understood as Khul’a. In the time of the Prophet (SAWS), the wife of Thabit b. Qais requested the Prophet for a divorce from her husband. The Prophet asked her to return the garden given to her at the time of marriage as dower (Mahr). She accepted this condition and therefore the marriage was dissolved. In pakistan Khula case has to filed in family court through divorce lawyer.

Procedure of Divorce On the Basis Of Khula

All new and prospective applicants must attach the main reasons for seeking a Khul’a / Marriage Dissolution, with their application form.

Your application are going to be registered with the relevant details.

The Court will issue the Notice to the husband, informing him that his wife has approached the Court for Khula / Marriage Dissolution. The applicant will receive a replica with a reference number for future correspondences. If the husband fails to reply within the allocated period, the Court will procede Ex.party.

However, if the husband responds at any point, the parties will be invited to separate meetings with a Judge to discuss their case, this is an integral part of the proceedings to carry out fair and just mediation. Failure to attend this meeting by the applicant may delay the case or end in its closure. A joint meeting won't be held if there's a writ in situ .

The joint meeting isn't designed to force an unhappy couple to reconcile. Islam has given both men and women the right to apply for divorce, and the Court takes this right very seriously. The joint meeting is a chance for closure; it allows both parties to air their grievances and maybe identify their own failings. It also allows for issues such as Mahr to be agreed. Under the principles of Islam, an unhappy wife will never be forced to return to her husband.

If the husband consents to divorce, he are going to be asked to sign an agreement to the present effect. An Islamic divorce certificate will then be issued.

If the husband refuses to engage with the Court and does not respond to the notices the Court pass the Decree of Dissolution of marriage.

We are the best Divorce lawyer in Lahore, Pakistan.

There is no restriction on the grounds for divorce. The most common of these are:

Where the wife suffers physical, financial or emotional harm from the husband. Any violence in the marriage is condemned by Islam, and the Court takes allegations of such violence very seriously.

Where the husband suffers certain physical defects, like impotency.

Where there is difference of religion. It will deal with cases where either party has been living permanently in Pakistan and at least one of the parties has made an application, requesting the Court’s judgement.

PUTTING A CASE ON HOLD

The case can be put on hold or withdrawn at any time during the process, but only before the Court have made a final decision. The case can be put on hold for a maximum period of one year, as the parties may wish to reconcile. After this period has passed, a fresh application will be required. The litigant or his/her Divorce lawyer may withdraw the case at any stage before the final decision.

The divorced woman isn't permitted to re-marry during the amount of the Iddah. According to the bulk of Muslim scholars, the Iddah for Khul’a is that the same as Divorce, which is three menstrual cycles or three months. But Abu Dawud, Tirmidhi and Ibn Majah have narrated Ahadith that the Prophet (saws) prescribed Iddah of 1 month just for Khul’a. We leave it to the conscience of every individual regarding which opinion to follow.

Iddah during pregnancy lasts until the pregnancy ends. According to 33:49 within the Quran, there's no Iddah if the wedding wasn't consummated.

The Mahr is that the gift given by the husband to his bride at the time of marriage, and it should be recorded within the marriage settlement . In the process of Khul’a, the wife is typically required to return the Mahr. The Judges of the Court will however take into consideration the length of the marriage, whether there are children, whether the husband supports his children financially and so forth before deciding on the issue of Mahr.

Maher may be claimed through family court by a divorce lawyer.

Also read about the Family Laws In Pakistan; https://legalopinion.pk/service/family-cases

Best Lawyer In Lahore for Divorce